When I originally posted about the LG Urbane 2nd one of the main reasons for choosing it was the promise of Wear 2.0 and NFC. I read a few posts from users who were mentioning NFC and contactless payments would not be coming. That coupled with the lack of news or time lines about Wear 2.0 for the LG I was starting to wonder if this was a bit of a turkey (think BB playbook). The watch with Wear 1.5 is still good, I am impressed with its usefulness with reminders and tracking steps. So while setting up my new oneplus 5 I figured the simplest way to move it over was to factory wipe the watch and set up from scratch. Job done, randomly I checked for updates in settings and one up popped, I though it was just one that I had before and that wiping it wiped the patch off. After 10 Mins it was ready to install, off we go…… 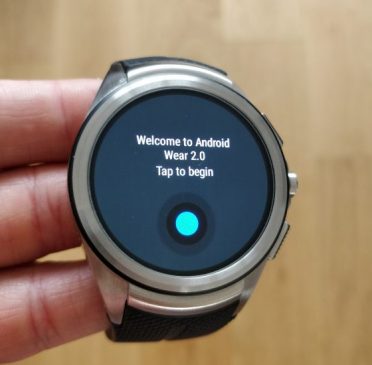 Hang on a minute, its just the usual update about fixing something I’ve not notice, its Wear 2.0! new phone and new OS for my watch, Christmas come early 🙂 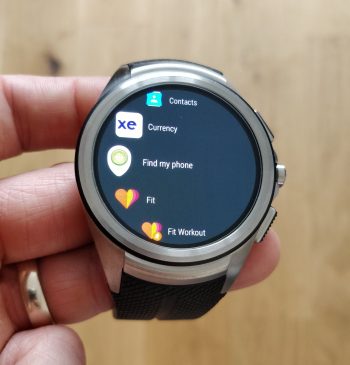 The layout of the apps is still and scroll up and down affair but they hug the left of the screen and get bigger the nearer they get to the middle of the dial, over all nice effect and there is the option the mark apps as favorite which will place them at the top of the list. To access apps now you press the power button.

Programmable hardware buttons also is new, before the keys were fixed, on the LG the bottom right key as for LG fitness, and top right was for contacts. Now can can be used for anything, which is really handy. 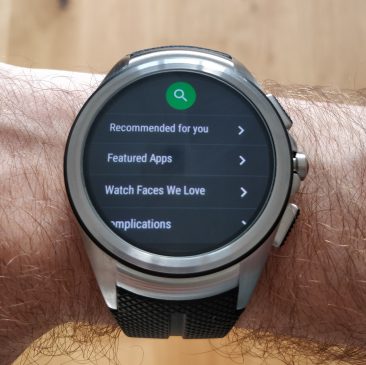 You can choose which apps you want on your watch and download them directly from the on-watch  with Google Play on the phone, as the LG as LTE it is totally independent of the phone for installing standalone apps, it still give notification on app on the phone. It doesn’t look and grand as what your used to on a phone but you can search and there is a preview and description. 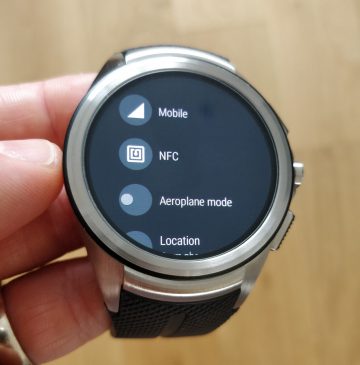 I have android pay installed and even better the NFC chip is enabled and ready for payments too!!!! I need to test this out and will do this over the weekend when I figure out which once of the debit/credit cards will work with it. Still that put an end to the people saying it doesn’t have NFC and/or they wont use it for payments. 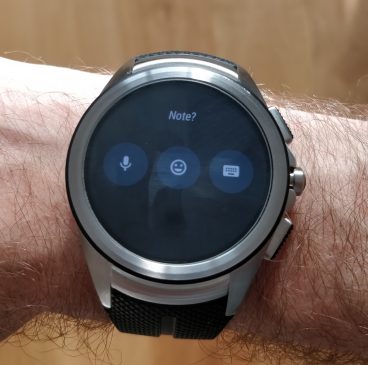 Before there was only the option to use voice dictation to reply and it was a little hit and miss. There was also the option to reply with short replies like “ok” etc. Now there is the inclusion on a full keyboard with a swype feature (ability to drag finger over the letters and it will type the while word). I wasn’t sure how well this would work, I’ve not got huge fingers but then again the watch face is not exactly 5.5 inches 🙂 happy to report to works well with very minor mis-keys. The voice dictation feels a sharper too. I have tried the gestures yet. The responses pre-defined uses are improved as now machine learning is used to suggest responses based on the messages you receive and how you’ve replied previously. cool

So overall I happy with this and it make a great piece of kit, one of the best smart watches so little money can buy 🙂 battery life has not taken a hit and performance is till up there.