So its been a while since I last posted anything so in an effort to get the ball rolling I decided to get a new New Raspberry Pi 3 Model B+ and see how it compares to my current Pi 3 Model B. I have been a big fan of the Pi since the beginning so this is a welcome addition to the line up. Thinks to ThePiHut for sending me one. Price is £32 which is thanks to the raspberrypi.org and good suppliers.

As most users know the Pi 3 Model B has wireless BUT it was a little let down with performance and something which you wouldn’t want to use as your main connection for applications like streaming video. Bluetooth was fine and in general the CPU  did what was needed. I did think the menus in kodi started to get a little sluggish so I wanted to see if the extra 200 cpu mhz would help and that bump in network speed. (and yes I did overclock the old one but is didn’t quite resolve this)

just to recap if your new to Pi’s specs are…… 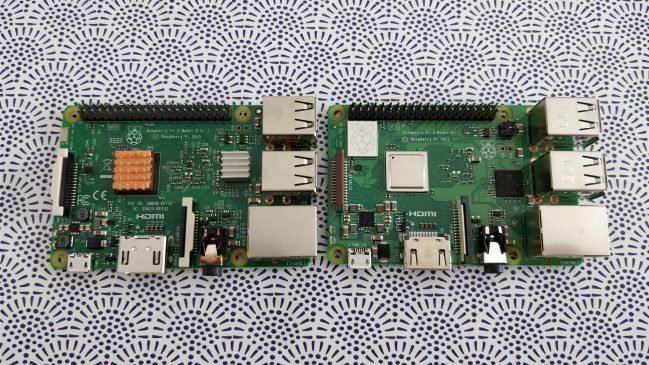 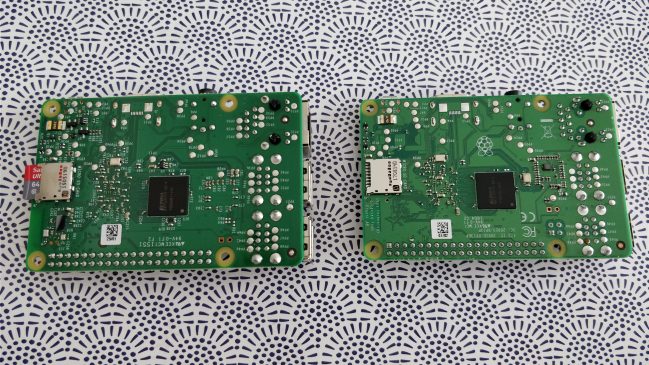 So the pi arrived in 2 days and in that time I picked up another power supply, memory card and case from amazon (look after the pennies and the pounds take care of themselves)

The pi3b+ (and from the pi2 days) as you can see from the images above is identical in layout which mean no new cases needed. Not case related but I did read the 3b+ has 4 header pins for PoE (next to USB and 40 pin connectors) which some think may cause issues with add on board. I use my pi as a media player so this is not an issue for me, something to note though.

I installed a fresh copy of NOOBS installer on the SD card as it needs version 2.7 in order to work with the new drivers. I then added my usual three OS’s, Raspbian lite, OSMC and recalbox and let it download. Just as the installer was coming to the end it thew up an error 🙁 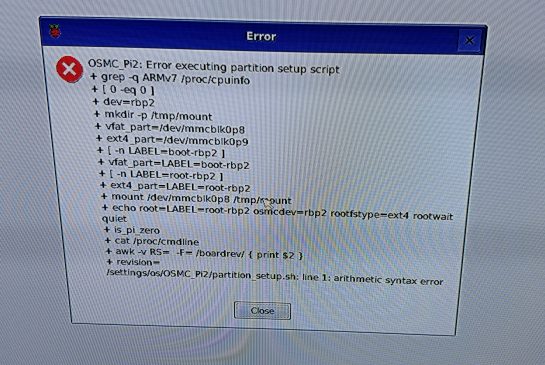 So I reinstalled and got the same error. Keen to keep on going I decided to switch OSMC for LibreElec and it installed as normal. I will check out OSMC and see if there is a known issue or if they have an updated image but not offered to the NOOBS installer yet?. I’ll update this when I get some googleing done.

So now it was up and running I added my go to installs for Kodi and was keen to test, at this point, testing is unscientific and just a gut feeling (several years of pi use though). I will do some actual test and post them this week in a new post, maybe CPU, network WIFI/wired and heat I think will be fun to compare.

Recalbox had no issues playing games and paring the bluetooth controllers so thats all good there.

So is it worth getting if you have a 3B already….well id say yes, connectivity is now rock solid, the pi’s are well supported and its just cool getting tech in the post 😀 .Its also a good reason to use the 3B for anther project or to build up and give to someone to cut there teeth. If you have a 2 and below then of course get this. Any questions feel free to ping me….. 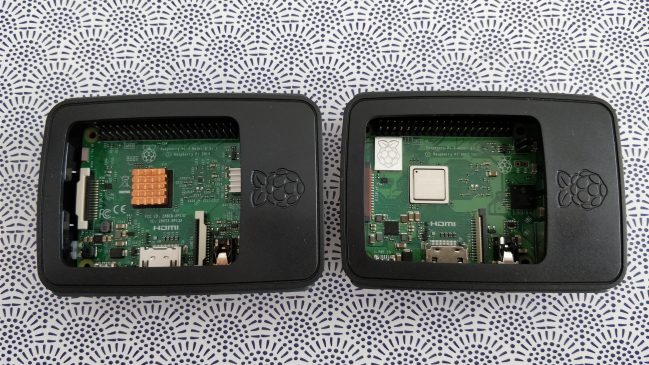